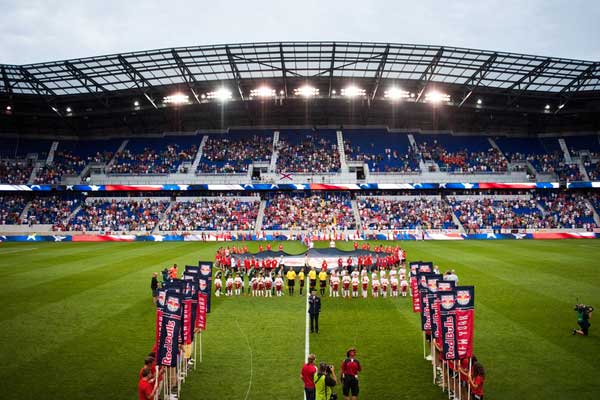 The P-1A Visa classification is designed for athletes who participate in an athletic competition, individually or as part of a group or a team, that are internationally recognized.

Athletes are considered players of teams of football, tennis, basketball, formula 1 drivers, and so on.

The technical staff of a beneficiary of a P-1A visa, can apply for a P-1 visa, too. Technical personnel means coaches, referees, trainers and team officials.

The athlete must meet at least two of the following criteria:

The P-1A is generally granted to the athlete for the time necessary to perform the activity or competition and for a maximum period of 5 years, with an increase of 5 years, in case it requires an additional period of time to finish the project.

The total period of stay is limited to 10 years, but the P-1 Visa allows “dual intent”, creating the possibility of obtaining a Green Card while still in the United States.

P-1B: A Member of an Internationally Recognized Entertainment Group

The P-1B Visa classification is designed for people who travel to the United States to perform as a member of an entertainment group that has been recognized internationally.

At least the 75 percent of the members of the group must have had a substantial and sustained relationship with the group for at least one year. The group must be internationally avowed, with skills and recognitions substantially higher than those normally present. It is therefore essential the overall reputation of the team and not the individual achievements of its members.

For this classification, the technical support staff can apply for a P-1B visa as well.

Technical personnel means office staff, operators, lighting technicians and staff of the scene. It is essential to prove that the work of the technical staff, performs support services which cannot be readily performed by U.S. workers.

The P-1B visa is granted for the period necessary to complete the activity and for a maximum period of 1 year, with one more year if you require further time to complete the task.

How to apply for a P1 Visa

The U.S. employer must file a Form I-129, Petition for Non-Immigrant Worker, preferably through an immigration lawyer, and submit a consultation from an appropriate labor organization, accompanied by the appropriate fee and supporting documentation, including:

Once the P1 visa petition has been approved, the beneficiary can apply at a U.S. Embassy or Consulate abroad. The family of a P1 visa holder (spouse and unmarried children under the age of 21 years) can apply for a P-4 visa.

Contact an Immigration Lawyer in New York if you are applying for a P1 Visa.