What are the most common immigration interview questions? [May 2018]

What are the most common immigration interview questions? [May 2018]

Simone Bertollini 8th Jan 2018 Comments Off on What are the most common immigration interview questions? [May 2018] in Green Card

USCIS generally schedules personal interviews only for those applying for a Green Card (adjustment of status or removal of conditions) or U.S. citizenship. 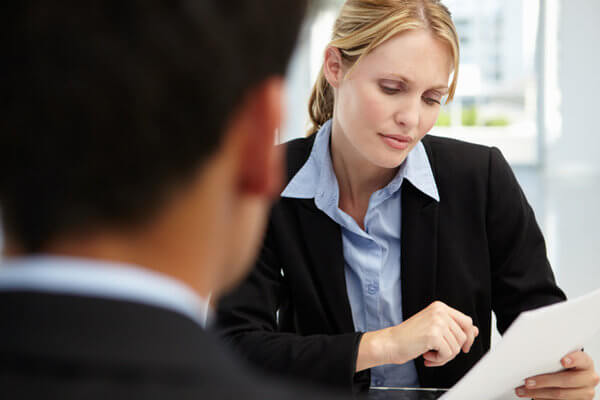 For example, in an employment-based adjustment of status interview, the immigration officer will likely ask questions about the current employment, past work experience, etc.

The immigration interview questions that are more intimidating are those asked during Green Card applications based on marriage to a U.S. citizen or Lawful Permanent Resident. It is estimated that at least 1 out of 7 marriages between U.S. citizens and foreign nationals are fradulent. In other words, they are sham marriages, contracted for the sole purpose of obtaining immigration benefits. This is why Immigration officers are always very suspicious about marriage-based Green Card applications.

While the questions asked by an immigration officer could be intimidating, it is important to understand that no special preparation is necessary. The interview will most likely have a favorable outcome if the spouses live together in marital union.

In any event, this is a short list of the most common immigration interview questions asked by USCIS officers adjudicating Green Card applications based on marriage:

What is considered Marriage Fraud?

You probably already know that marriage fraud is illegal both from an immigration and a criminal standpoint. Entering into a sham marriage (or “Green Card marriage”) can lead to criminal charges and permanent ineligibility to obtain immigration benefits.

Detecting fraudulent marriages is a priority for the United States Citizenship and Immigration Services (USCIS). According to a 1980 survey, approximately 30 % of marriages between a U.S. citizen and a foreign national were fraudulent.

How can a couple prove they entered into a real marriage?

These are a few examples:

A two-year trial period is required for couples who have been married less than two years at the time the green card application is approved. If suspects arise during the two-year period, the USCIS may:

What happens if authorities have doubts about whether your marriage is a real one?

A fraud interview will be scheduled at a local field office. You will be subject to extensive questioning. Before the interview, you should consult with an immigration attorney.

A “Stokes” immigration interview is conducted when USCIS suspects that the marriage is fraudulent. Stokes v. INS, No. 74 Civ. 1022 (S.D.N.Y. Nov. 10, 1976) was a famous District Court decision addressing the protocols to be taken by USCIS officer during such interviews.

The role of an immigration lawyer during a Green Card interview